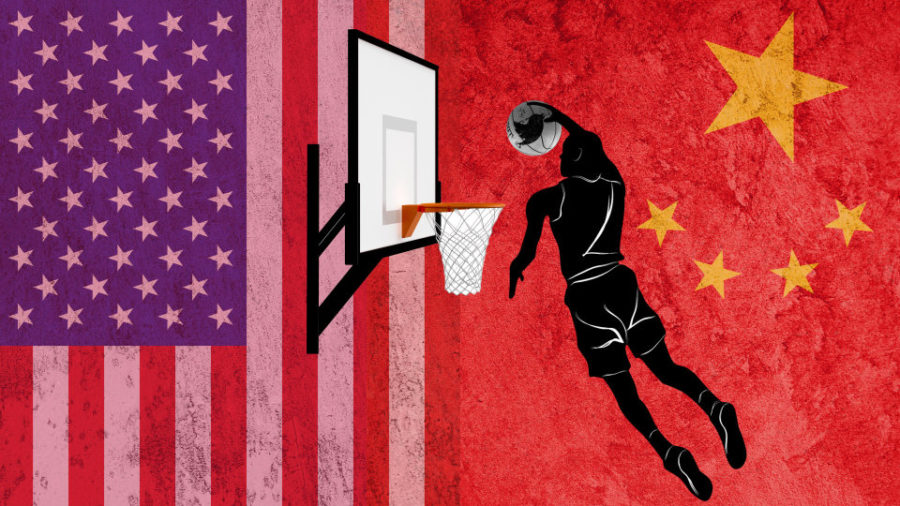 Just recently, the National Basketball Association (NBA) has been involved in a contentious situation regarding Hong Kong, which has spread into a dispute with China’s Basketball Association (CBA). Over the past five months, groups of people in Hong Kong have been protesting their governments communist actions. This has sparked violence and controversy across the country. What made this problem expand to the NBA was when the Rockets general manager Daryl Morey posted a tweet addressing Hong Kong and standing on the protestors side. Morey tweeted “fight for freedom, stand with Hong Kong”. This has recently led to Yao Ming, the head of the CBA, cutting all ties with the Houston Rockets and possibly the entire league.

Now what makes this a big deal? Well, the main reason that the dispute has gained attention is because of money. The NBA is known for bringing in a lot of revenue and wants to keep the partnership with China intact because the country accounts for a majority of the leagues’ revenue and fanbase. Cutting ties with China would result in the NBA losing millions of fans and billions of dollars. This would be terrible for the league, which is why they’re frantically trying to put out the fire they’ve ignited.

The NBA is now left with a very crucial decision to make: Do they support Morey’s actions and stand their ground, or do they cling to China in order to keep their support? Of course, NBA commissioner Adam Silver tried doing both when he addressed the public this week. He explained that Morey has the right to free speech and therefore may spread his opinions on any matter, but at the same time Silver apologized to China about what was said. The problem with taking a neutral stance is that it makes the league look very hypocritical. This is due to the fact that the league has always been known and defined by its prideful culture and open opinions, but is now apologizing for doing so. The next few weeks will prove to be pivotal for the future of the league and its reputation.