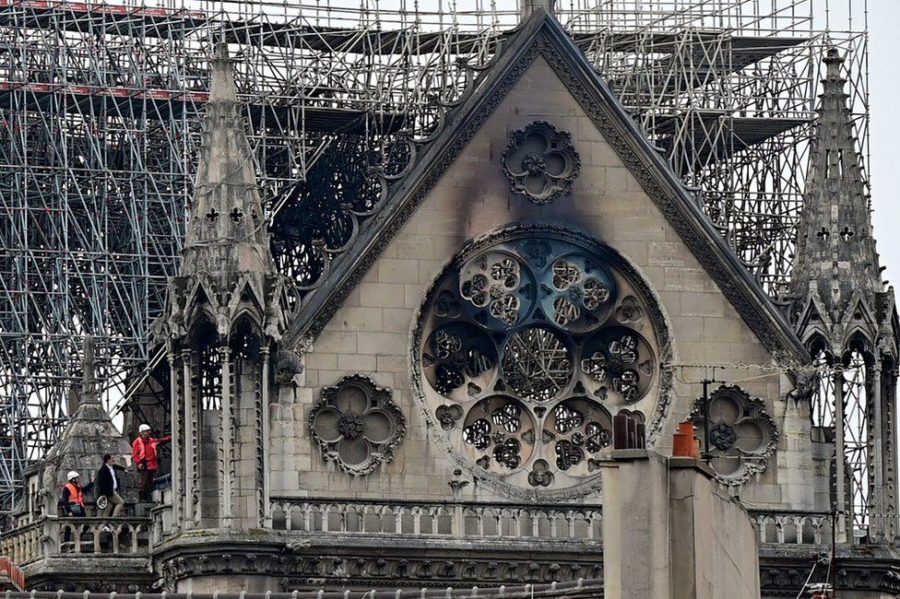 Last Monday the Notre Dame Cathedral caught fire, collapsing its great spire and sending shock waves directly through the hearts of Catholics throughout the world. This also comes as a heartbreak to many Parisians who have just lost a hub for their cultural pride and history.

The Notre Dame Cathedral began construction in 1163 under the reign of King Henry VII, and designed by Jean-Baptiste-Antoine Lassus and Eugène Viollet-le-Duc; taking nearly 200 years to complete. The Notre Dame is a crown jewel for gothic architecture and was home to a number of religious and non-religious artifacts such as: the Crown of Thorns, a piece of the crucifix used to crucify Jesus in combination with one of its holy nails, countless masterpiece artworks, and three Master Organs from the mid 19th century.

Although Monday was the most severe damage the building has sustained it is not the first. The cathedral survived years of neglect and looting during the French Revolution, a previous fire and direct bomb strike during World War I, and other wartime damages during World War II.

The recent fire took place during major renovations that begun in 2017 and while the aforementioned religious artifacts were set to be placed on display ahead of Good Friday. It’s not all bad news. The cathedral is set to be rebuilt by the French Government as soon as possible.