Fortnite: Save The World 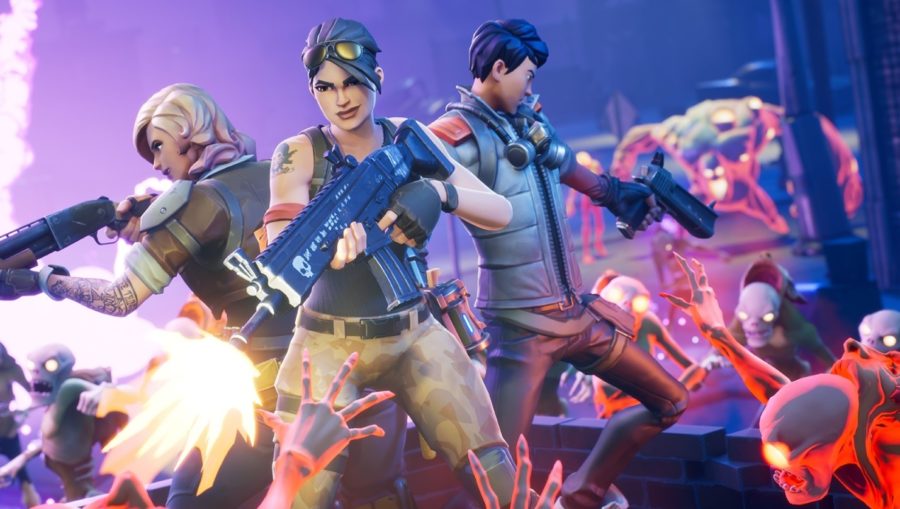 Fortnite: Save The World(STW) is another playable mode in the popular game, Fortnite. The STW portion of the game is considerably less popular than the Battle Royale portion,which is in the top 3 most games played right now. Save The World was released July 25th, 2017, developed and published by Epic Games. It is currently in paid early access, but will be free-to-play for everyone later in 2018.

Inside of STW, players start in Stonewood, and progress through different regions: Plankerton, Canny Valley and finally Twine Peaks. The rewards and resources a player gathers improve as they access new areas. Players will obtain resources to craft weapons to aid in their fight against the Husks, who are humans transformed by the storm. The storm is the cause of all of the chaos going on in Save The World, and players are fighting against it. STW is meant to be played co-op, with up to 4 people on a mission. Players also get a new Storm Shield or “Homebase” for every new region they unlock. A Homebase is a permanent base that a player can build in however they see fit.

Players are able to play as four different classes in STW, who have special abilities unique to the class. One class, the Ninja, is most popular for it’s quick movement and double jump ability. The Soldier class focuses on ranged weapon combat, while the Constructor class focuses on defense. This class gives benefits to players structures, such as building speed, repairing speed and also building health. Finally, the Outlander class is good for finding treasure in areas and also obtaining resources.

Fortnite: Save The World is a fun and detailed game mode for a group of friends who need a change of pace from the battle royale scene.